Perspective on the Integra from Hemmings 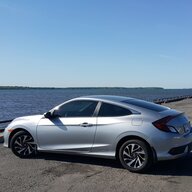 Heres my problem with that Article. He talks about how these cars are doomed to fail because they dont match up with what people think the name should be. They just talk about numbers and seems like the main thing they look at is the specs of the car and how it drives. Which is fine. But then Honda/Pontiac should call it something different and new. If your going to name it after something old, then it should have the "feel" and "soul" of that name. Just because a car has 400hp doesnt make it a GTO. Especially when it looks as dull as a 98 Camery. You cant bring back cars that have such names attached to them, and a nostalgia from people who remember the originals, and make it completely different. You cant stick a Harley Sticker on a Huffy and expect people to be happy about it. Its a cash grab. I have seen some amazing fan art of people making what the Integra should look like and they look amazing. Modern but still have that look that if you saw one drive by, and your a car guy/gal, you would instantly recognize it as an Integra. 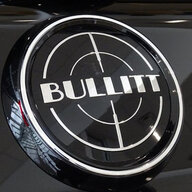 I remember the original and have no issues with the new one. I was the same way with the GTO. I only hate that the Mach-E is called a Mustang because the Mustang its relying its name on still exists. I still think it's a fine EV even if I'm not interested in EV's.

Personally, I just see the people bitching "it's not an integra" as just childish. Does it harken back to the TUNING culture that Acura tried to rely on? No, and that was a big marketing Misstep. Does it embody what Integra was when it came out? Absolutely. And the ILX did as well. An upscale, comfortable Civic, based around the SI so it's a bit sporty feeling.

I feel like anyone that actually expected otherwise was just foolish. I also expect people will be angry if the Type-S isn't a better track car than the CT-R, when that's never been the point of Type-S either. We're never going to get another ITR, and that's how its is. People need to accept life. The new ITS will VERY likely be very much what the base Integra is. An upscale, comfortable car based on the Civic Type-R. A car you can daily and road trip in comfort, based around the CTR drivetrain.

Also, I'm not sure HOW this is an unpopular opinion, but the GTO looked a hundred times better than the G8 POS that followed it. God, I hate the looks of that car. I was so happy when it was replaced with the SS.