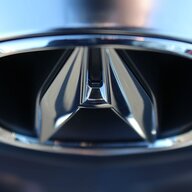 June 14, 2022 — TORRANCE, Calif.
Perfectly timed to its arrival this month at Acura dealers nationwide, the 2023 Acura Integra will make its motorsports debut June 26 at The Broadmoor Pikes Peak International Hill Climb, brought to you by Gran Turismo. The next-gen Integra will compete in the 100th running of the “Race to the Clouds” alongside four production-based race cars from Acura, including two NSX Type S supercars, all prepped, driven and crewed by a team of volunteer engineers out of the company’s R&D facilities in Ohio.

This is the performance brand’s 12th consecutive year competing in the iconic hill climb, with the Acura team amassing an impressive 25 podiums, 12 first place finishes and multiple course records. The Pikes Peak International Hill Climb in Colorado is one of America's longest running motorsports competitions. Since 1916, drivers from all over the world, in a wide variety of vehicles from multiple motorsports disciplines, race against the clock as they take on the 156-turn, 12.42-mile mountain course, starting at 9,390 feet and climbing to the 14,115-foot summit.

Also debuting at this year’s event will be two race-ready versions of the limited production 2022 NSX Type S, the most powerful, best performing Acura ever. Outfitted with a host of performance upgrades, these mid-engine supercars will be driven by brothers James and Nick Robinson as they seek to beat previous records, including the current hybrid fuel class record set by James Robinson in 2020 (10:01.913).

An additional NSX Type S will serve as the official pace car for the hill climb’s centennial event, driven by adventure racer, Renée Brinkerhoff. Founder of Valkyrie Racing, Brinkerhoff has competed in racing events on all seven continents, including Antarctica. An accomplished driver, she is the only woman in history to place in the iconic La Carrera Panamericana Mexican Rally three times, including a class win in her first outing (2013).

Motorsports are a key proof point of Acura’s commitment to Precision Crafted Performance, and its Pikes Peak efforts are a pure expression of this ethos. For the 12th year in a row the Acura race team consists of R&D engineers who compete in the world-famous hill climb to grow their skills and test future performance technologies for Acura production vehicles. The all-volunteer team is responsible for every aspect of the brand’s involvement, including the development of the race vehicles, race prep, crew support and driving duties. 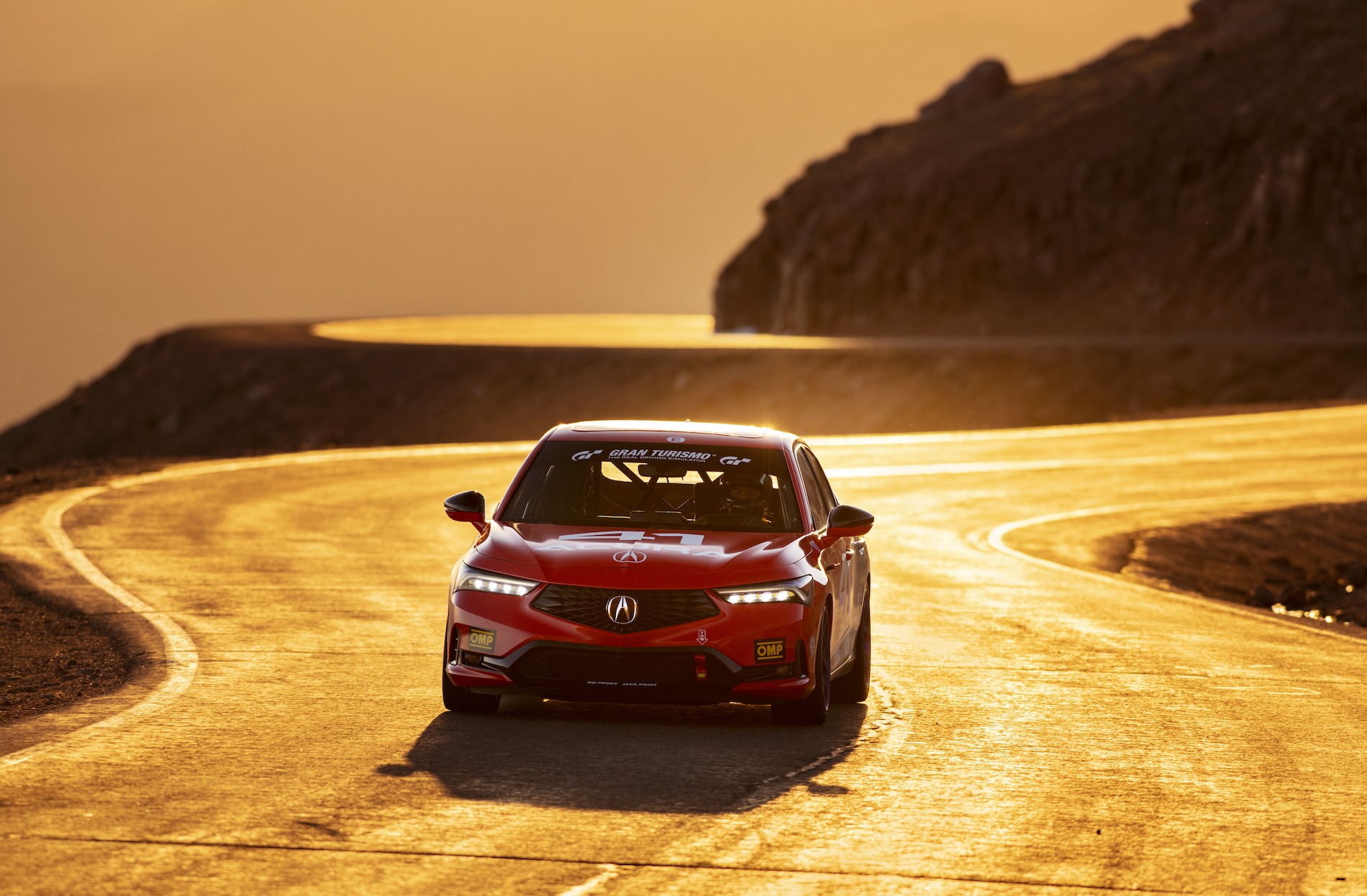 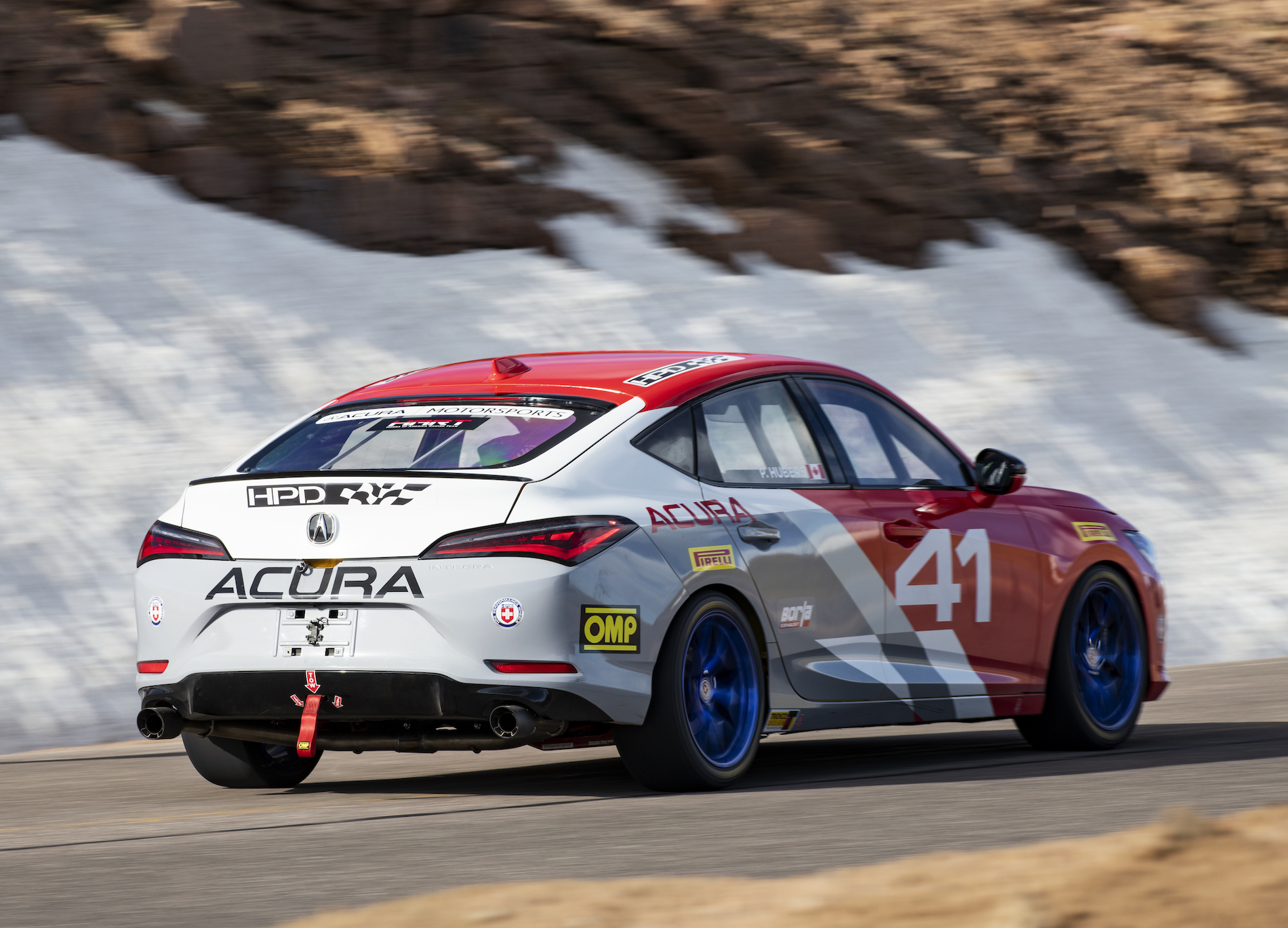 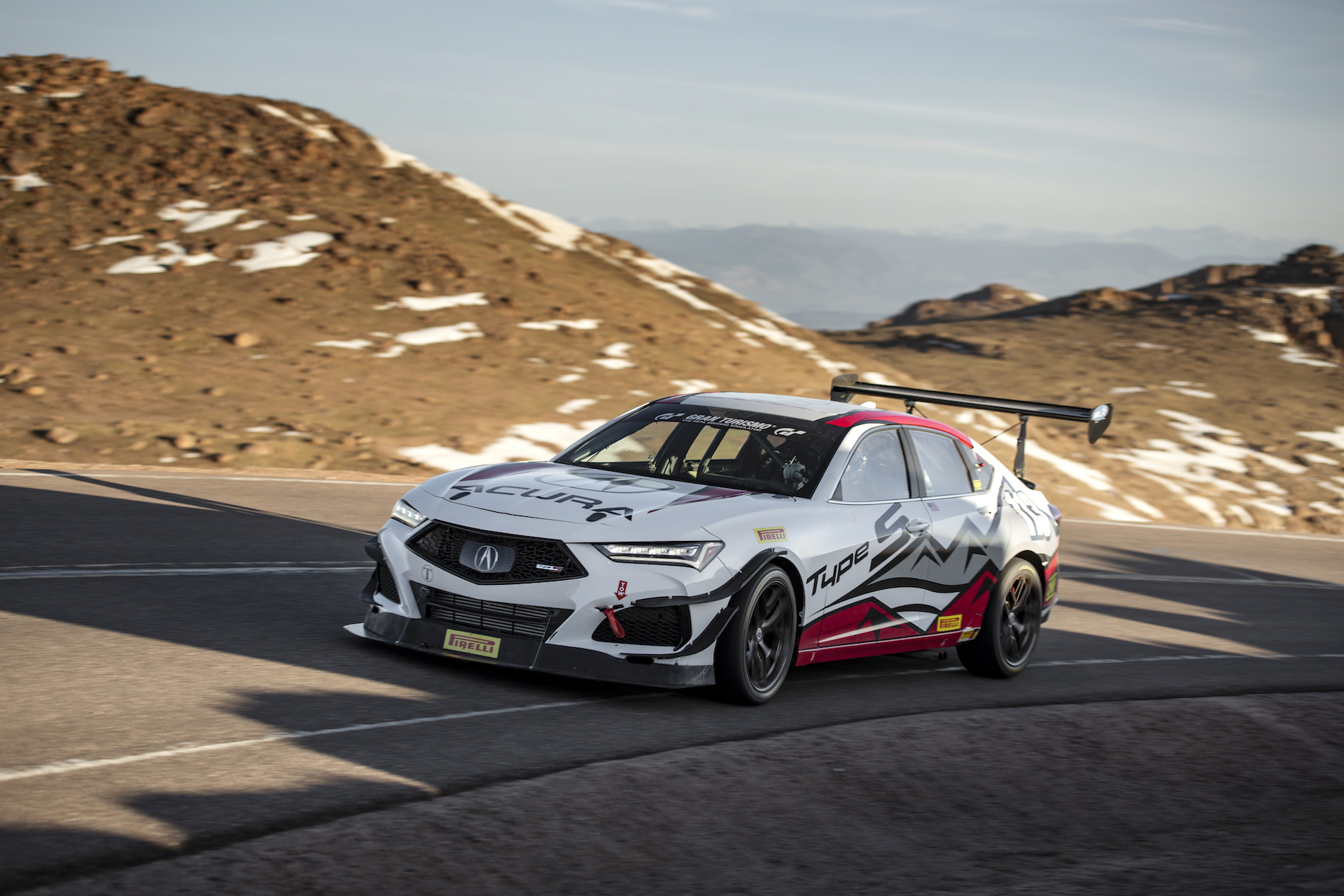 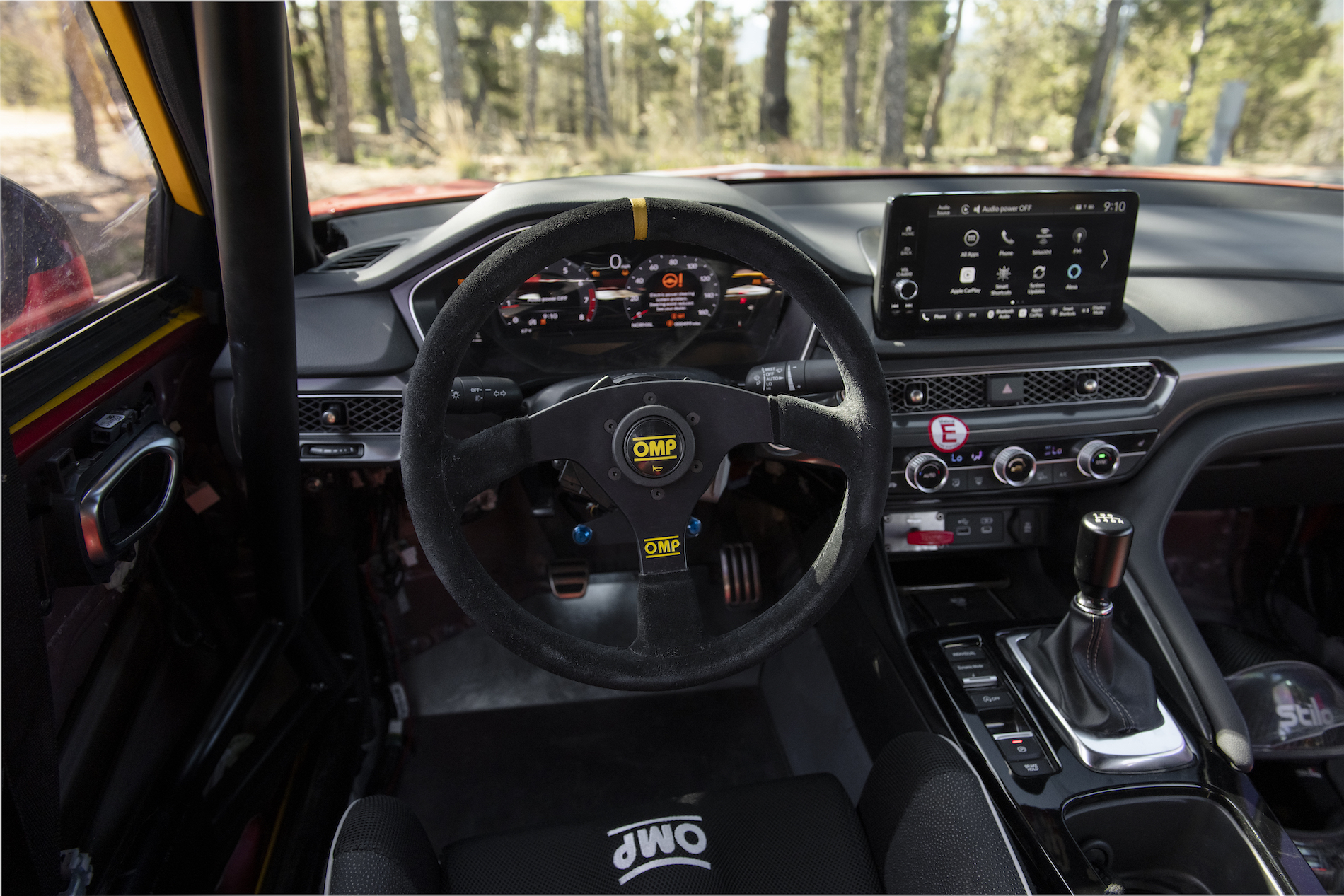 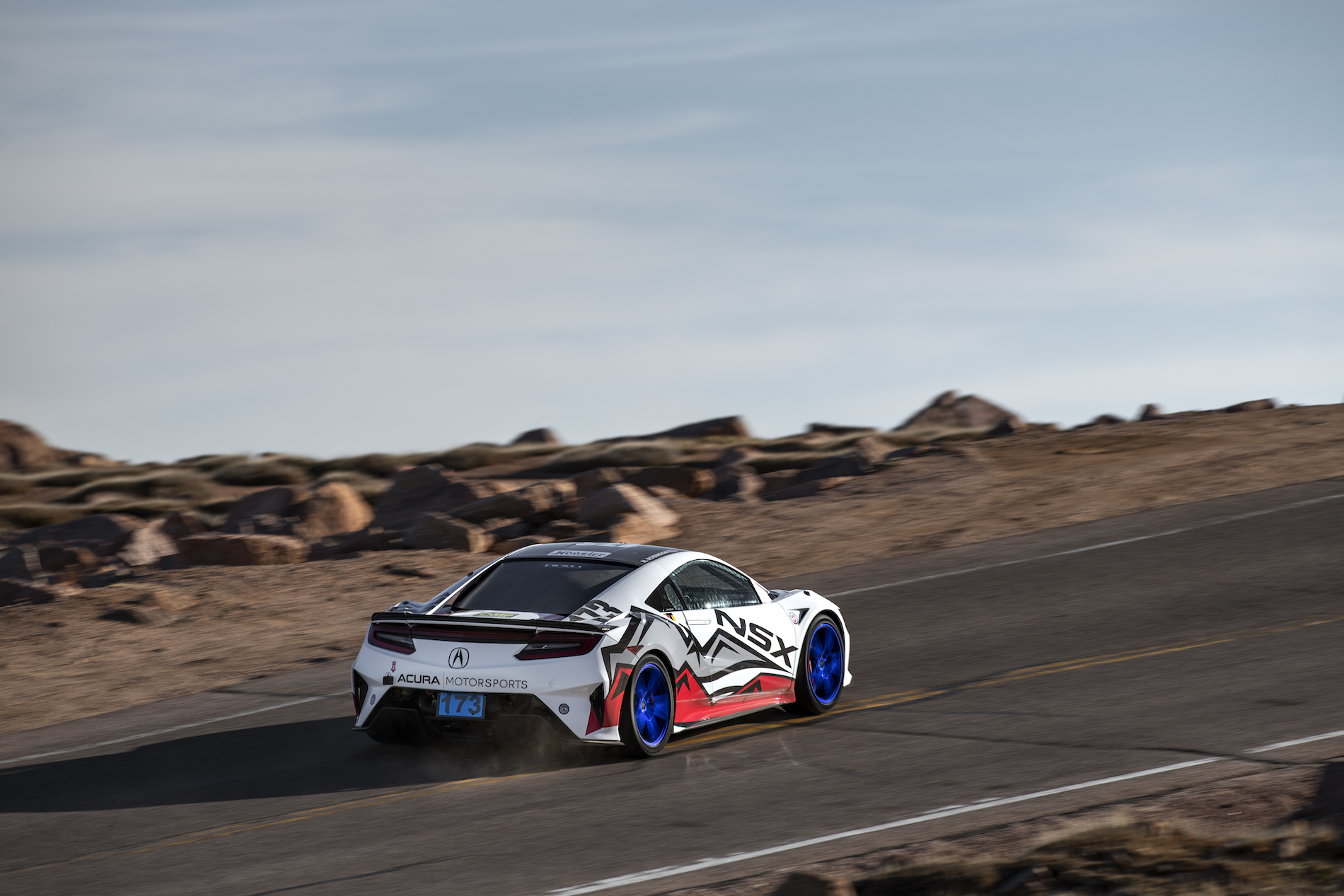 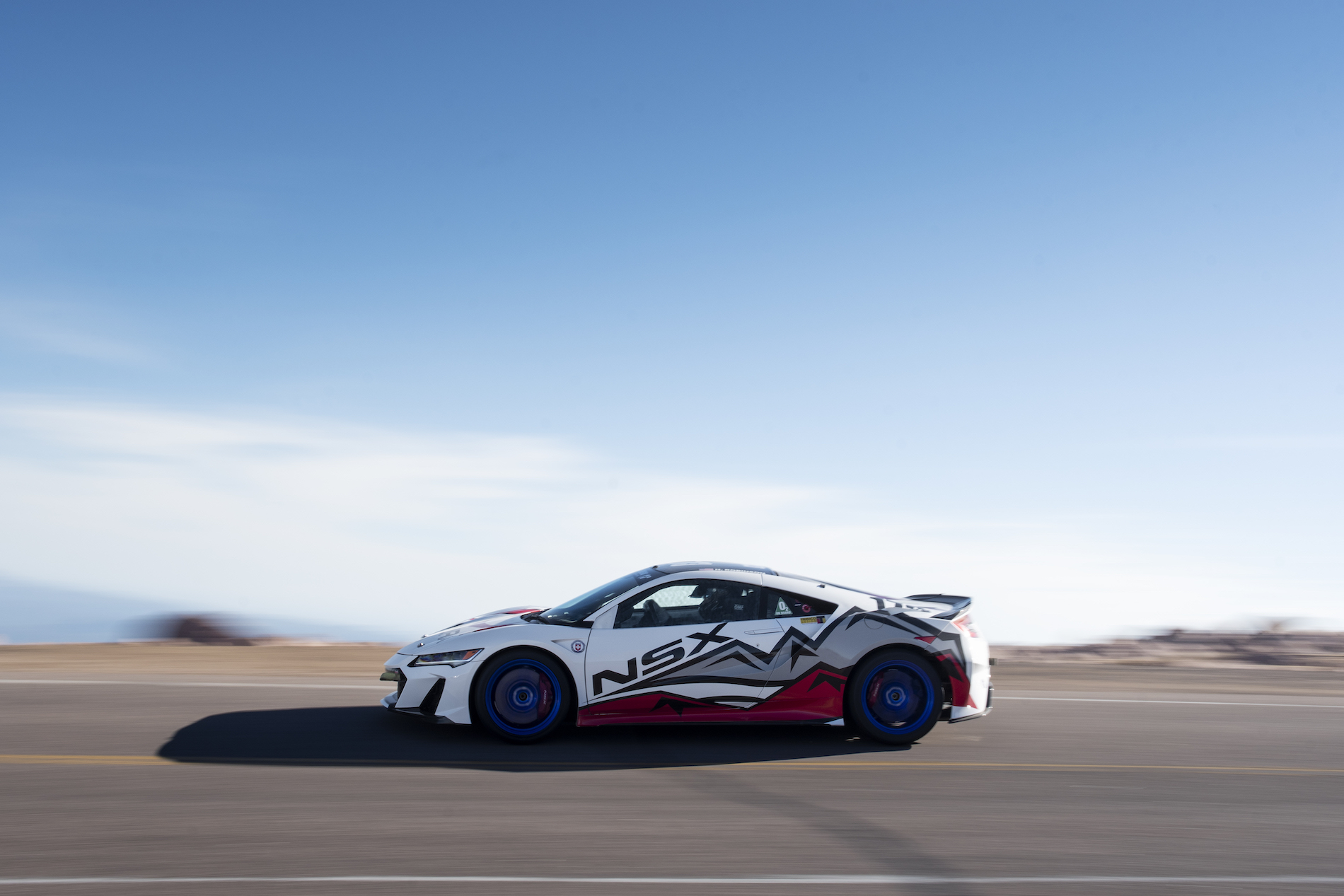 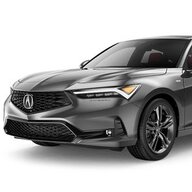 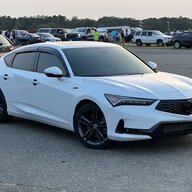 No rear parking sensors on the 6spd teggy; 6spd base model confirmed? Although it has individual mode button… looks to be a stock rear bumper and diffuser; where are the sensors? 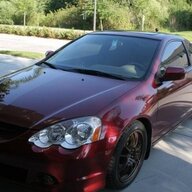 SeanIsElsewhere said:
No rear parking sensors on the 6spd teggy; 6spd base model confirmed? Although it has individual mode button… looks to be a stock rear bumper and diffuser; where are the sensors?
Click to expand...

I would assume it’s not a specific trim and as much weight has been stripped as possible.
2013 Ford Mustang GT
2021 Kia Sorento SX-P
2023 Acura Integra A-Spec Tech

RRP RSX-S said:
I would assume it’s not a specific trim and as much weight has been stripped as possible.
Click to expand...

True that. Just would have thought the holes would still be there at least if truly ASpec with tech. Likely Acura had a car built from scratch for exactly like you said, weight reduction 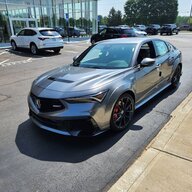 Integra23 said:
Did you see the yellow door jams? Thinking this was the prototype vehicle maybe.
Click to expand...

Integra23 said:
Did you see the yellow door jams? Thinking this was the prototype vehicle maybe.
Click to expand...